How to identify strong placements in your chart

You might often  hear people mention they have a “strong Mercury” or a “dominant Mars”,  but what does that really mean and how do you know whether a planet is  strong or dominant in your chart? While there are different schools of  thought that may offer different perspectives on this question, in  traditional astrology there are actually easy ways to determine the  strong or dominant placements in your chart. In fact, there is a big  difference between a planet that is strong versus a planet that is  dominant. This has everything to do with the difference between  essential and accidental dignity. Here’s a few quick ways to check which  placements and planets are particularly strong or dominant in your own  birth chart:

Your ruling planet has the strongest influence in your life

Taking all of these things into consideration, it may be clear why  the ruling planet of your ascendant plays such an important role in your  chart! In general, you can say that when you are, for example, a Taurus  or Libra rising, that Venus is dominant and important in your birth  chart as she rules your ascendant. And a person with Aries or Scorpio on  the ascendant will have strong feautures that correspond with the  planet Mars. Of course this can be slightly nuanced by the sign and  house placement of your chart ruler (which will further influence  strength or dominance), but in most cases you can say that your ruling  planet will have a strong influence on your chart and your life. Please  note that we use traditional rulership for this. Uranus, Neptune and  Pluto don’t rule planets.

Your sect light tells you how you shine

Your sect light, or most important luminary, is another indicator of  vitality in the chart, where the Sun represents strength and  intelligence, and the Moon represents the physical body. Both luminaries  represent the idea of visibility and being seen, which can manifest in  different ways. Regardless, your most important luminary shows you where  you shine or “light up in life”. It is therefore a very important  placement in the chart.

Planet in rulership or exaltation are strong

Planetary strength is most easily determined through the concept of  essential dignity. In astrology, a strong planet is considered dignified.  There are two types of dignity: essential and accidental dignity.  Essential dignity refers to the relative strength or weakness of a  planet (or point), based on its sign placement or specific degree. It  determines whether a planet is functional in the chart. This is based on  the idea that planets can feel more or less comfortable in certain  (parts of) signs and elements. There are five essential dignities  (rulership/detriment, exaltation/fall, triplicity, terms, and face), but  for the purpose of this blog post we will only look at rulership and  exaltation.

One easy way to understand how rulership and exaltation work, is to  think of planets in signs through the lens of citizenship. A planet in  rulership (in a sign it rules) is like a citizen in their own country.  They speak the language, know all the customs and generally have the  tools and support to do the things they want to do. Exaltation refers to  a planet thats “uplifted”, which translates to a VIP guest. These  planets may not be citizens in their own country, but they are treated  as special guests and therefore have equal or even more access to the  tools and support that planets in rulership have. Simply put, planets in  rulership or exaltation have all the resources to do the things that  planet wants to do, and they will therefore share a pure expression of  that planet.

Usually this also means that planets in rulership or exaltation come  with special talents or gifts. A person with a strong Mercury (in Gemini  or Virgo) might be an excellent communicator with strong writing  skills, great networker and someone who is able to gather and process  large or complex data. Someone with a strong Moon (in Cancer or Taurus)  probably is very emphathetic and able to nurture others in ways that  other Moon placements might not.

If you dont know the signs in which certain planets have rulership or exaltation, here’s a quick cheatsheet:

Planets in angular houses are active and potent

While planets in rulership or exaltation are considered to be strong,  they may not always be able to play an active role in your life.  Activity and relative importance are determined by accidental dignity,  which shows whether a planet is able to act. The most active and potent  houses in the birth chart are the 1st, 10th, 7th, 4th, 11th and 5th  houses (in that order). Out of these, the angular houses (1st, 4th, 7th,  and 10th) in particular tend to be the most active. Planets in these  houses show up loudly and will definitely make a lasting impact. This is  because the angular houses represent key topics and themes in our life,  such as personality, family, relationships, and career. For most of us,  these topics are the common thread of our lives.

It’s important to note that while planets in angular houses may play  an active role in your life, they may not be always be strong. This is  the big difference between essential dignity (planetary strength) and  accidental dignity (house placement, aspect, speed, position relative to  the Sun).

One way to think of this, is to think of essential dignity as  “ability” and accidental dignity as “opportunity” or “circumstance”. You  could be a very talented and excellent employee, but work in a  miserable environment, where your boss treats you horribly and you’re  not getting decent pay. Astrologically, this would translate to a  technically strong planet being stuck in a more challenging house. This  does not undermine the strength of that particular planet and you may  still have specific talents, but you’re not getting a lot of opportunity  to show those talents to the world. Conversely, you could work for a  renowned and respectable organisation, but lack the ability or skill to  do your job well and therefore make a lot of mistakes in the public eye.  This could be a technically weak planet up on display in the 10th  house. There can thus be many different variations of strong and active  placements in the chart. A planet can be functional (strong) but not  active, functional and active (which is the proverbial jackpot), not  functional and active, or not functional and not active.

Having planets in angular houses (1st, 4th, 7th, and 10th) is  definitely one of the most important indicators of accidental dignity.  But on top of that, there are a few extra things to look out for when  you are trying to determine whether you have dominant or strong  placements:

There are many more indicators of strength and dominance in the chart  (such as aspects, speed, triplicity, term, and face), but these things  require a bit more of a deep dive into the chart. Are you curious about  exploring your strengths and talents in more detail? Book a consultation with me!

Astro Cafe: an event for astrology enthusiasts in the Netherlands

There are a lot of cool and exciting (traditional) astrology events happening in the US, with the Fresh Voices in Astrology seminars and of course NORWAC, but partaking in these events is not only crazy expensive for non-US inhabitants, it also doesn't make a lot of...

As the interest in astrology grows,  so does the amount of nonsense and blatant fearmongering that shows up  on the internet. There’s a lot of misinformation out there, which  doesn’t just give astrology a bad rep, but also can cause a lot of ... 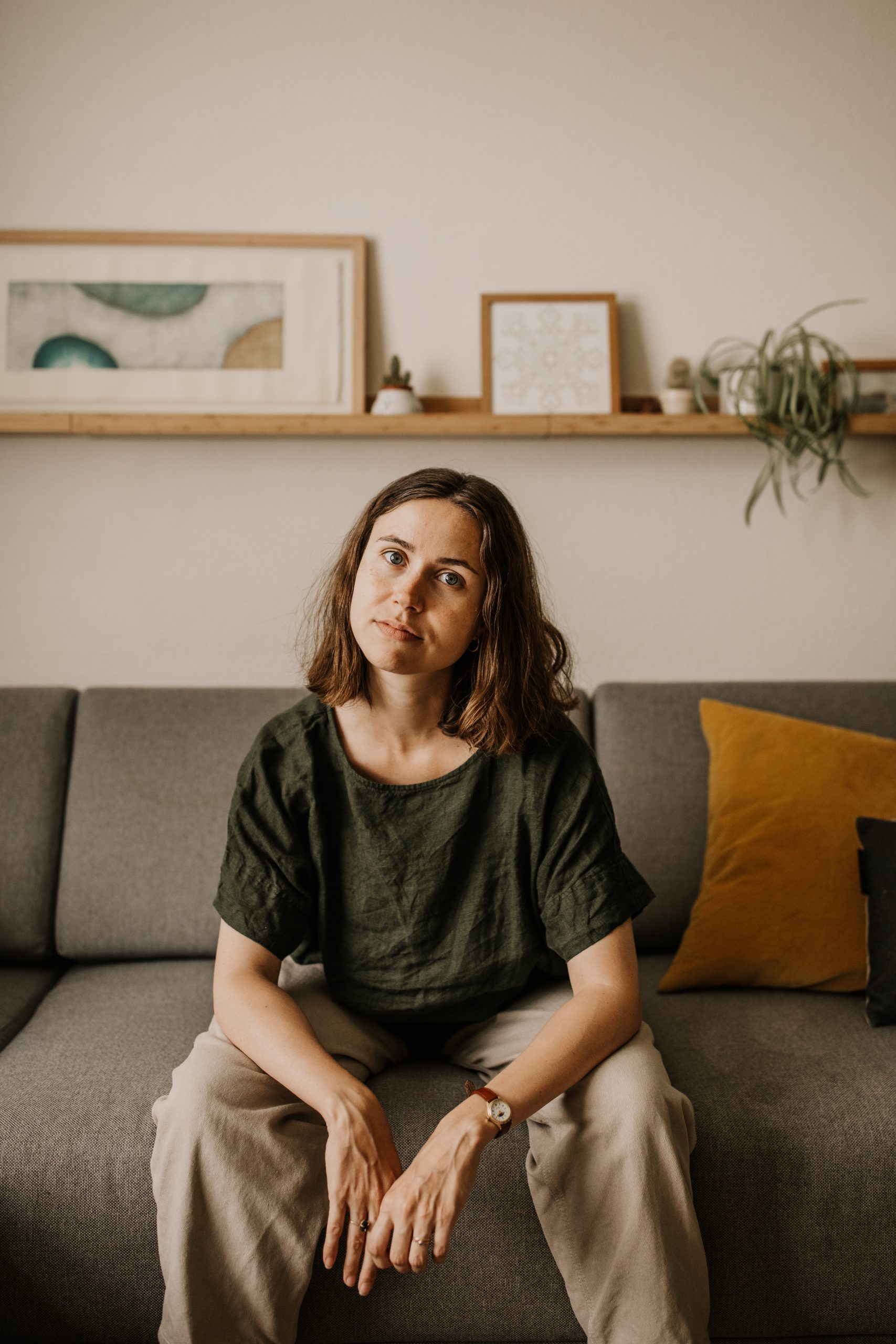 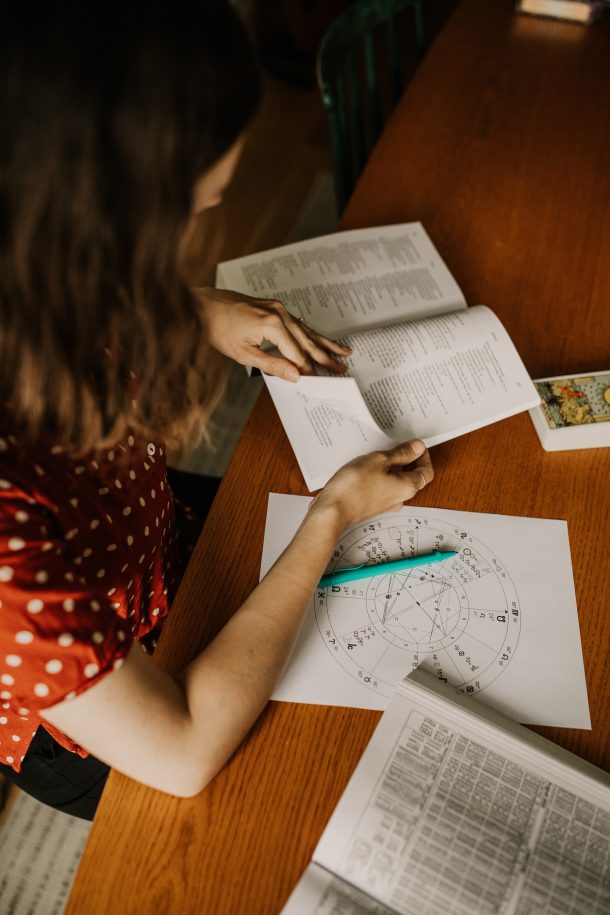